Skip to content
Home » The History of Bon Jovi 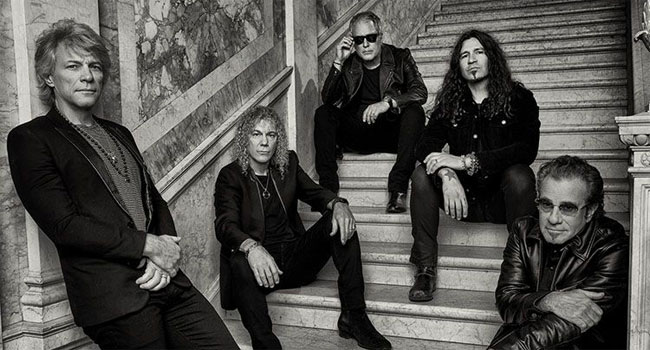 One of the most popular rock bands of all time, Bon Jovi has a long history. While they are most famous for songs like “Livin’ on a Prayer” and “It’s My Life,” they have produced a wide range of music since they began. In fact, they have created a solid place in the hearts of fans around the world.

Although Bon Jovi was formed in 1983, the band did not get a break from touring until 2006. After performing in countless cities without a break for five years, the members of the group decided to take a break. But they also made plans to continue making music. Initially, they recorded demos and demonstrations for their next album.

The band toured in Japan, where they discovered a demand for their music. However, some disputes were raised over royalties. Amid these disagreements, Bon Jovi decided to leave their management company McGhee Entertainment. They then started working with a new management company.

They also had to deal with the financial stress of the recording industry. Records companies were under pressure to make profits and pass that onto the bands. It was the band’s first experience with this type of pressure. Ultimately, they learned how to avoid the stress of playing in countless cities without a break.

When they started their reunion, Bon Jovi had to deal with the loss of lead guitarist Richie Sambora. He was replaced by a new guitarist named Phil X. Meanwhile, the band had to deal with Richie’s personal issues. By the end of 2013, Sambora had left the band. This lead to the formation of a new line-up.

Jon’s father, John Francis Bongiovi, Sr., was a Marine Corps veteran. When he was young, he never imagined that his son would be successful in the music industry. That’s why he agreed to use his family’s name as the name of his band.

The original lineup of Bon Jovi included David Bryan, John Such, Alec John Such, Tico Torres and Jon Bon Jovi. Their debut album, Runaway, was released in 1984. Several singles from the album reached the top of the charts. You Give Love a Bad Name and Livin’ on a Prayer peaked at number one.

“Slippery When Wet” was another huge success for Bon Jovi. The record sold over 20 million copies worldwide. Many of its songs were covered by MTV, and it featured a well-produced video. Three singles from the record, “You Give Love a Bad Name,” “Livin’ on a Prayer” & “Slippery When Wet,” became top 10 hits.

In the early years of Bon Jovi, the band didn’t have a social media presence. Music magazines wrote about the group and their shows. Fortunately, their fans had access to their live performances via a DVD.