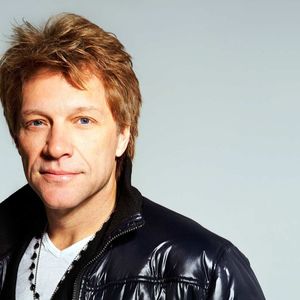 Bon Jovi is one of the most successful rock bands of all time. Their thirteen studio albums have sold more than 100 million copies worldwide. They have also garnered a number of awards, including the Billboard Top 200 Award for “Song of the Year” for 2005’s “You Give Love a Bad Name.” In 2009, Bon Jovi was inducted into the Songwriters Hall of Fame. Its latest album, What About Now, reached number one in Australia and Canada.

The band’s biggest hits include “You Give Love a Bad Name,” “Livin’ on a Prayer,” and “Wanted Dead or Alive.” While most rock bands in the ’80s favored arena rock guitars, Bon Jovi emphasized melody and ballads. This paved the way for the pop-metal sound of their later era.

Bon Jovi is a popular band with more than 34 million fans across the globe. They have performed over 2,700 live shows in over 50 countries. As of October 2017, Bon Jovi was inducted into the Rock and Roll Hall of Fame. In addition, they have performed in TV shows and films, such as U-571, Ally McBeal, and Stand Up Guys. They have earned several Grammy nominations, as well as an Award of Merit at the American Music Awards in 2004.

Bon Jovi first signed with PolyGram/Mercury Records in 1983. They released their self-titled debut album in 1984. Their first single, “Runaway,” was a hit that spawned a bidding war among major labels. Jon Bongiovi, the band’s lead singer, was the son of a barber. He graduated from Sayreville War Memorial High School. Before he teamed with Dave Sabo, he played in local bands with David Bryan. During this period, he and his bandmates auditioned teenagers for the band, with hopes of creating a successful career.

Soon after signing with PolyGram, Jon Bongiovi began working in a New York recording studio. His parents owned the Power Station in New York, which served as the studio for the band. Jon and Richie wrote two of the songs on Slippery When Wet in the basement of his parent’s home.

The band’s 1986 album, Slippery When Wet, became a breakthrough hit in the U.S., Japan, and Europe, and produced three #1 hits with Richie Sambora: “Wanted Dead or Alive,” “Livin’ on a Pray,” and “You Give Love a Bad Name.” Also, the album was supported by appealing videos on MTV.

Slippery When Wet, which was recorded in the midst of a worldwide tour, was the band’s third consecutive chart-topper, and the second of Bon Jovi’s to reach the top of the UK chart. They reached the top of the charts in Canada, Japan, and Australia. And, their album sold nine million copies in the U.S. That’s almost as many as Aerosmith.

Bon Jovi’s seventh studio album, These Days, debuted at number one in several countries. The album spent four consecutive weeks at the top of the charts. It was nominated for the Grammy Award for Album of the Year, and the album was supported by a short world tour. During the tour, they performed at Wembley Stadium, where they sold out two shows. Afterward, they embarked on a European tour.